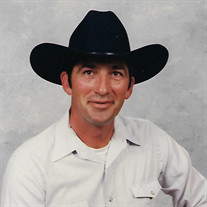 Johnny Wayne Taylor, Sr., of Laquey, Missouri, died peacefully in his home on March 11, 2020, with his family by his side. Johnny was born on October 11, 1947 in Springfield, Missouri to Glenn E. and Delah J. (Barton) Taylor. His real “Pop” came along in 1972 when Johnny’s mother married George C. Hopper. He grew up in the Springfield area attending Willard High School. He enjoyed playing softball and basketball. He attended Homeland Baptist Church in Springfield, often playing on its softball team. On October 15, 1966, Johnny married his childhood sweetheart, Ruthie Siler, at Homeland Baptist Church in Springfield. They shared over 53 years of marriage and had two sons: Johnny W. Taylor, Jr., and Steven L. Taylor. Johnny joined the United States Army in April 1966. He trained with the 9th Infantry Division to go to Vietnam. He received a Purple Heart for wounds in action. During his 20-year career in the U.S. Army, he received many more medals and honors. He enjoyed his time in the military, being a soldier and serving his country. After retiring from the military, Johnny went to work at Fort Leonard Wood, driving trucks for the transportation motor pool (TMP). He brought the first manscen truck to Fort Leonard Wood. It was assigned to him and he spent over 21 years at the TMP before retiring. He worked at the Pulaski County Sheriff’s Department for over 20 years as a reserve officer. He was Chief for reserve officers. He was also a member of the Special Reaction Team (SRT). He was a law enforcement certified sniper and he enjoyed his time in law enforcement, being a deputy, the many people he worked with and serving his community. In 1998, he started the Laquey Neighborhood Watch Program, serving as president. After Johnny and Ruthie retired in 2009, they loved to go Rv’ing, travel, spend time with their children and grandchildren. Most of all they enjoyed being together. They always found time to sit in their swing, count their blessings and enjoy life. Johnny was always a hard worker and a good provider for his family. He loved to be outside, enjoying nature, taking care of his home and yard. He liked to build things, tinker in his shop or play pool. His favorite hobby was shooting. He was a great marksman, teaching his children and grandchildren to shoot, but respect and practice safety. Johnny leaves to cherish his memory, his wife, Ruthie; his sons, Johnny Jr. (Jennifer) and Steven (Amanda); brothers, Micheal Taylor (Louise) and Sonny Hopper (Sharon); sister, Carlann Friend (Ronnie); grandchildren, Garrett Tucker (Klaudia), Olivia Taylor, Freedom and Logan Hicks, Faith, Miles and Jensen Taylor; great grandson, Max Tucker; and many nieces and nephews. Johnny was preceded in death by Delah J. Hopper (mother), George C. Hopper (Pop), Danny Parscale and Garry Taylor (brothers) and Deborah Brizendine (sister). Services were held at 1:00 p.m. Monday, March 16, 2020 in the Memorial Chapels and Crematory of Waynesville / St. Robert with Pastor Danny Graves officiating. Johnny’s sons, Johnny Jr. and Steven, played their guitars as Olivia, Johnny’s granddaughter sang “One Day At a Time”. The songs “Somewhere Over the Rainbow” by Willie Nelson and “I’ll Fly Away” by Alan Jackson were played. Serving as escorts were family and friends. Burial followed in the Sunset Memorial Estates Cemetery of Waynesville. Memorial contributions may be made in memory of 1SG (Ret) Johnny Taylor and may be left at Memorial Chapels and Crematory of Waynesville / St. Robert.

Johnny Wayne Taylor, Sr., of Laquey, Missouri, died peacefully in his home on March 11, 2020, with his family by his side. Johnny was born on October 11, 1947 in Springfield, Missouri to Glenn E. and Delah J. (Barton) Taylor. His real... View Obituary & Service Information

The family of 1SG (Ret) Johnny Wayne Taylor Sr. created this Life Tributes page to make it easy to share your memories.