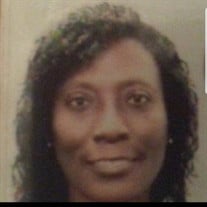 Julia Mae Erskine, daughter of the late Mitchell and Mattie (Moore) Howard, was born August 31, 1946 in Athens, Georgia. She passed away Thursday, September 7, 2017 in the Phelps County Regional Medical Center of Rolla, Missouri having attained the age of 71 years. Julia grew up in Chattanooga, Tennessee and graduated from Howard School of Academics and Technology. Shortly after graduation, Julia entered the United States Army and completed 20 years of service in the United States Army and had attained the rank of Sergeant First Class. After retiring from the military, Julia continued serving her country as a civil service employee. She retired after 31 years as a legal clerk. On July 24, 1986, Julia was united in marriage to Adolphus Erskine in Waynesville, Missouri. They shared over 31 years of marriage together and six children: Roy, Damiko, Dedra, Cynthia, Dajuana and Daryl. In her spare time, Julia enjoyed playing cards and darts, dancing, participating in Lions Club functions and helping with community activities. She was a member of the Lions Club, American Legion, Disabled American Veterans and was the first African American District Governor of District M-1 of the Lions Club. Julia leaves to cherish her memory, her husband: Adolphus Erskine of Waynesville, MO; six children: Roy Howard of Oak Grove, KY, Damiko Baptiste of Dallas, TX, Dedra Clayton of Dallas, TX, Cynthia Carter of Dallas, TX, Dajuana Erskine of Dubai and Daryl Carter of Dallas, TX; one brother: David Kennbrew of Chattanooga, TN; many grandchildren and great-grandchildren and other relatives and friends. In addition to her parents, Julia was preceded in death by her sister, Mary Alice Howard. Services were held at 12:00 p.m. Friday, September 15, 2017 in the Memorial Chapels and Crematory of Waynesville / St. Robert with Chaplain Jim Paulson officiating. The songs “Amazing Grace” and “How Great Thou Art” were played. Burial with military honors followed in the Missouri Veterans Cemetery of Waynesville. Military honors were provided by the United States Army of Fort Leonard Wood, Missouri. Memorial contributions may be made in memory of Julia Erskine and may be left at the funeral home.

The family of Julia Mae Erskine created this Life Tributes page to make it easy to share your memories.