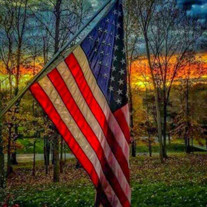 Navy Veteran, Larry “Dan” Nicks, 81 of Richland, MO passed away Sunday, November 15, 2020 at his home. NO SERVICES ARE PLANNED AT THIS TIME. Arrangements are under the direction of the Memorial Chapel of Richland. “Dan” was born in Rolla, MO on May 30, 1939, and had grown up in Pulaski County, graduating from Richland High School. He entered the Navy in 1957 and proudly served his country until his honorable discharge in 1969, having attained the National Defense Service Medal, Good Conduct Medal, the Vietnam Service Medal with FMF Combat Insignia, and the Vietnam Campaign Medal with device. Dan worked for the City of Oxnard, CA as a City Water Plant Operator for thirty-two years before retiring to Richland in 2000. He enjoyed riding and working on motorcycles and had built his own Tricycle Motorcycle in his garage. He is preceded in death by his parents, Earl Everett Nicks, and Freda Myrtle (Deaton) Nicks, one sister, Neva Maxine Hicks, and one brother, “Willard” Buster Nicks. Dan is survived by his wife, Catherine Nicks of the home, three children: Lori Ann Shaddock of Richland, MO, Anthony “Tony” Nicks (Ginger) of Beaumont, CA, and Ashley Nicks of Oxnard, CA; one grandchildren: Jackie Shaddock of the state of VA; one sister: Donna Kay Saylor of Mesa, AZ; several nieces, nephews, and other relatives and friends. Memorial contributions may be made in memory of Navy Veteran Larry “DAN” Nicks and may be left at the Memorial Chapel of Richland. Online condolences may be sent to www.memorialchapelsandcrematory.com

The family of Larry "Dan" Nicks created this Life Tributes page to make it easy to share your memories.