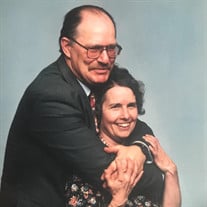 Linda Ann Landis, daughter of the late Wilbur Lee and Madelyn (Keplinger) Lay, was born September 7, 1947 in Creston, Iowa. As a young girl, Linda grew up on a farm in Ellston, Iowa, attended country school, which she loved, and graduated from Mt. Ayr High School. She furthered her education at Northwest Missouri University and obtained her Bachelor’s Degree in French and Spanish education. On August 27, 1967, Linda was united in marriage to Ronnie James Landis in Ellston, Iowa. They shared 53 years of marriage together and were blessed with six children: Melissa, Bryan, Rick, James, Ryan, and Joseph. While Ron served in the United States Army during the Vietnam War, Linda spent some time in Lawton, Oklahoma, and St. Joseph, Missouri. After Ron finished his service and graduated from college they moved to Carrollton, Missouri where they lived for 40 years before moving to Waynesville, Missouri in 2012. Linda had a big heart and was a very loving and caring woman. She began hosting foster children and was deeply passionate about fostering and adopting children. She loved all the children she hosted, and they became part of her family. She volunteered for a time with the Missouri Foster Care and Adoption Association, helping children throughout the state find safe and loving homes. In her spare time, Linda enjoyed being outdoors. When she was younger, she and Ron enjoyed biking, participating in the famous RAGBRAI bicycle tour of Iowa in 1975 and bicycling throughout the state of Missouri on country roads with her family. You would often find her either working in her vegetable and flower gardens or watching the birds she fed outside her window. She loved to watch British mysteries on television and reading mystery novels she found at local libraries. She was also a fan of the Kansas City Royals baseball team and enjoyed attending games with her family when she could. In later years she loved doing puzzles of all types. Most importantly, she loved her family tremendously and enjoyed spending time with them. She passed away Thursday, August 27, 2020 (her 53rd wedding anniversary) in her home surrounded by family, having attained the age of 72 years. She will be sadly missed, but fondly remembered by all those that knew and loved her. Linda leaves to cherish her memory her husband of 53 years, Ron Landis of the home; six children: Melissa Blau (Herman) of Waynesville, MO, Bryan Landis (Michale) of Hawaii, Rick Landis (Annie) of Columbia, MO, James Landis (Amy) of Kansas City, MO, Ryan Landis of Waynesville, MO and Joseph Landis (Sarah) of St. Louis, MO; eight grandchildren; two brothers: Kenneth Lay (Anita) of Jacksonville, FL and Paul Lay (Theresa) of Des Moines, IA; one sister: Mary Lay Stephenson (Roger) of Platte City, MO; several nieces, nephews, and other relatives and friends. In addition to her parents, Linda was preceded in death by one brother: Robert Lay. Even though she is gone from our sight, her memory will live on in our hearts forever.

Linda Ann Landis, daughter of the late Wilbur Lee and Madelyn (Keplinger) Lay, was born September 7, 1947 in Creston, Iowa. As a young girl, Linda grew up on a farm in Ellston, Iowa, attended country school, which she loved, and graduated... View Obituary & Service Information

The family of Linda Ann Landis created this Life Tributes page to make it easy to share your memories.