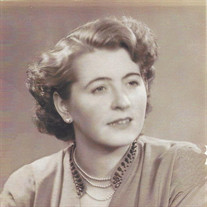 Lisa Elsa Martha Schmitz, daughter of Walter and Elsa (Fuenke) Gasdorf, was born March 1, 1929, in Baroendorf, Germany. She departed this life, Thursday, March 19, 2015, in her home, near Richland, Missouri, at the age of eighty-six years and eighteen days. On February 26, 1957, she was united in marriage to Kenneth Carl Schmitz, and to this union two daughters and a son were born. Kenneth preceded her in death in January of 1977. She was also preceded in death by a sister and four brothers. Lisa is survived by her two daughters, Christine Powell ( Ronald) of Richland, MO, and Barbara Snoderly (Greg) of Richland, MO; her son, Kenny Schmitz (Shannon) of Detroit, MI; seven grandchildren, Lisa Snoderly, Sarah Reisch, Kenny Powell, Ronnie Powell II, Jack Schmitz, Connor Schmitz, Jennifer Schmitz; eight great-grandchildren, Owen Snoderly-Foster, Olivia Snoderly-Foster, Emma Reisch, Kirstin Reisch, Abby Reisch, Evelyn Schmitz, Leo Powell, and James Powell; her sister, Lani of Germany; three brothers, Klaus, Vernie and Walter, all of Germany; a number of nieces and nephews; as well as a host of other relatives and friends. She was born and grew up in East Germany, and went through a lot to get to West Germany. She swam a river and was shot at by the Russians. Lisa met and married Kenneth in Berkerfeld, Germany, while he was in the service. When they came back to the states in 1960, they resided on Army Bases in Virginia and Colorado; later moving to Fort Leonard Wood in 1963, and to Richland in 1967. Throughout her life she was a homemaker and had worked at the H.D. Lee Factory in Richland, MO for a few years. She was a very private person and in her spare time she enjoyed crocheting, making quilts, baking and making awesome German dishes. Lisa was a loving and devoted wife and mother, was a cherished grandmother and great-grandmother. She will be fondly remembered and greatly missed by all those that knew and loved her. The memories she created for her family and friends will live on in our hearts forever. Services were held at 11:00 a.m. Monday, March 23, 2015 in the Memorial Chapel of Richland with Ronald F. Powell II officiating. The congregation sang “Amazing Grace” and was led by Mr. Powell.

Lisa Elsa Martha Schmitz, daughter of Walter and Elsa (Fuenke) Gasdorf, was born March 1, 1929, in Baroendorf, Germany. She departed this life, Thursday, March 19, 2015, in her home, near Richland, Missouri, at the age of eighty-six years and... View Obituary & Service Information

The family of Lisa Elsa Martha Schmitz created this Life Tributes page to make it easy to share your memories.