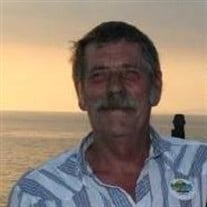 Lloyd Albert Fowler, Jr., known as Albert, son of Lloyd Albert Fowler, Sr. and Betty Lea (Hege) Fowler, was born April 8, 1949 in Newton, Kansas. He passed away Sunday, June 19, 2016 in the General Leonard Wood Army Community Hospital of Fort Leonard Wood, Missouri having attained the age of 67 years. Albert grew up in Kansas. He moved to Phoenix, AZ during high school, where he graduated in 1967. On November 15, 1970, Albert was united in marriage to Linda Kay Rains in Newton, Kansas. They shared over 45 years of marriage together and were blessed with three children: Michelle, Tammy and James. In 1971, Albert entered the United States Army and served his country faithfully until his retirement after 27 years. He had attained the rank of Sergeant First Class and earned several awards and commendations. Due to him being in the military, Albert and the family moved several times and they eventually were transferred to the Fort Leonard Wood area. Albert was a jack of all trades and master of none, and took great pride in providing for his family. Besides being in the military, he worked for a time with Good Samaritan Resource Center, Zeigenbein Sanitation and as an LPN at a local nursing home. In his spare time, Albert enjoyed working with his hands, doing woodworking and construction. He was an avid reader, he loved to go fishing, and enjoyed playing the lottery. Albert never met a stranger and would help anyone in need. He loved his family tremendously and loved spending time with them, especially the grandchildren. Albert will be sadly missed, but fondly remembered by all those that knew and loved him. He leaves to cherish his memory, his wife: Linda of the home; three children: Michelle Wryn and her husband Jason of Waynesville, MO, Tammy Mulcahy and her husband, David of Byram Township, NJ and James Fowler of Waynesville, MO; ten grandchildren; eight great-grandchildren; one great-great-granddaughter; three sisters: Joyce Winslow, Vickie Bridges and Debbie Van; one brother: Carl Fowler; a number of nieces and nephews, as well as a host of other relatives and friends. Albert was preceded in death by his parents: Lloyd Albert Fowler, Sr. and Betty Lea Fowler; and one sister: Brenda Post. Services with military honors were held at 4:00 p.m. Thursday, June 23, 2016 in the Memorial Chapels and Crematory of Waynesville / St. Robert with Chaplain Keith Ferrell officiating. The songs “Bridge Over Troubled Waters”, “Classical Gas” and “When I Get Where I’m Going” were played. Military honors were provided by the United States Army of Fort Leonard Wood, Missouri. Memorial contributions may be made in memory of Lloyd Fowler and may be left at the funeral home. .

The family of SFC (Ret) Lloyd Albert "Al" Fowler, Jr. created this Life Tributes page to make it easy to share your memories.