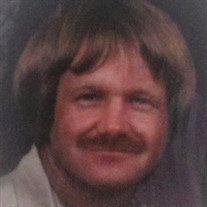 Lowell Eric Zeigenbein, son of John Leland and Ruth Merlyne (Peterson) Zeigenbein was born May 15, 1961 in Lebanon, Missouri, and departed this life on Monday, August 12, 2019 in his home, having attained the age of 58. “Lowgear” as he was known by, grew up in Richland attending school there. Each year he was highly involved in FFA. He was very talented in mechanic’s and welding; he graduated from Richland High School in 1979. From age 19, before Lowgear could even legally drive a semi, he hauled cattle across the United States, and even into Mexico. He was the owner/operator of Lowell Zeigenbein Trucking. He always had a few head of cattle to tend to as well. Lowgear enjoyed a good laugh. He was a jokester and loved to pick on...tease...or torment folks. However, he would help anyone, do just about anything. He especially enjoyed the closeness, and friendships found in, and around his small town. He was very involved in his community down through the years. In his spare time Lowgear also enjoyed hunting and fishing. He also loved a good truck and tractor pull, and always helped put on a good time. If you were good to Lowgear, there was nothing he wouldn’t do for you. He was there to lend a helping hand and would give you the shirt off his back. He was preceded in death by his parents, Leland and Ruth. Lowgear was a proud, devoted father and grandfather. He leaves behind to cherish his memory, his daughter, Casey Zeigenbein (Justin Clark) of Richland, MO; two grandchildren, Gunner Henson and Evrhet Clark; two brothers: Jeffry Zeigenbein (Linda) of Richland, MO and Johnny R. Zeigenbein (JaNell) of Phillipsburg, MO; one sister, Cindy Begley (Kile) of Stoutland, MO; Tabitha Triplett of Richland, MO, who was like a daughter to him; several uncles, aunts, nieces, nephews, and a host of other relatives and friends. Though his time here was brief, Lowgear impacted the lives of those around him. We are sure going to miss him giving us a hard time! A Celebration of Life service was held at 11:00 a.m., Saturday, August 17, 2019 in the Memorial Chapel of Richland, Missouri with Pastor Doug Jacobson officiating. Speaker and friend, Gilbert Crismon also shared a few words. Soloist, Carrie Poynter sang “A Living Prayer.” Inurnment followed in the St. John’s Swede Cemetery near Swedeborg, Missouri. Services were under the care and direction of Memorial Chapel of Richland. In lieu of flowers, memorial contributions are requested in memory of “Lowgear” Zeigenbein and can be left at the funeral home. Online condolences can be sent at www.memorialchapelsandcrematory.com.

The family of Lowell Eric "Lowgear" Zeigenbein created this Life Tributes page to make it easy to share your memories.