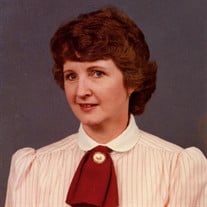 Marjorie “Helen” Pitt, daughter of the late Herschel and Veda June (Small) Hettinger, was born February 18, 1938 in Edina, Missouri where she grew up and attended school. On October 25, 1975, Helen was united in marriage to James Maynard Pitt in Waynesville, Missouri. They shared over 39 years of marriage together and many wonderful memories. Helen worked as an accountant for NAF (Non-Appropriated Funds) on Fort Leonard Wood from 1968 - 1994 and retired after 26 years of service. In her spare time, Helen enjoyed being outdoors while horseback riding. She was also a wonderful cook and liked to can her garden vegetables. She was also an avid St. Louis Cardinal Fan and enjoyed working with different types of wood. She was a member of the Waynesville Study Club for many years. At an early age, Helen made a profession of faith and on January 11, 1970 she became a member of the First Christian Church. Helen passed away Monday, June 1, 2015 in the Life Care Center of Waynesville, Missouri after a brave and courageous battle with cancer. She had attained the age of 77 years. Helen leaves to cherish her memory, her husband: James Pitt of the home; three children: Laura Jean Patton Newell and husband Don of Richland, MO, Kathy Tallant and husband Brian of Waynesville, MO and Michael Rogers and wife Laurel of Richland, MO; five grandchildren; five step grandchildren; ten step great grandchildren; one brother: Art Hettinger of Shawnee, KS; several nieces, nephews, other relatives and friends. In addition to her parents, Helen was preceded in death by two brothers: Gerald Ray and Harold Sherwood Hettinger. Funeral services were held at 2:00 p.m. Wednesday, June 3, 2015 in the Memorial Chapels and Crematory of Waynesville / St. Robert with Pastor Danny Graves officiating. The songs “Amazing Grace” and “The Old Rugged Cross” were played. Serving as escorts were Terry Ben Hettinger, Don Newell, Philip Ordonio III, Brian Tallant, Luke Tallant and Scott Tallant. Serving as honorary escorts were Tony Hettinger, Bob Pitt, Jeff Pitt and Phillip Michael Scherer, Jr. Burial followed in the Deerlick Cemetery of Waynesville, Missouri. Services were under the direction of Memorial Chapels and Crematory of Waynesville / St. Robert.

Marjorie &#8220;Helen&#8221; Pitt, daughter of the late Herschel and Veda June (Small) Hettinger, was born February 18, 1938 in Edina, Missouri where she grew up and attended school. On October 25, 1975, Helen was united in marriage to... View Obituary & Service Information

The family of Marjorie Helen Pitt created this Life Tributes page to make it easy to share your memories.

Marjorie “Helen” Pitt, daughter of the late Herschel and Veda...