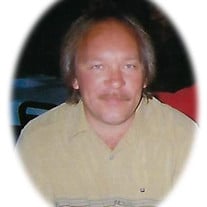 Mark Juiles Sundell, son of Reuben Paul and Gisela Ella (Mergel) Sundell, was born June 17, 1960 in Great Lakes, Illinois. He passed away Tuesday, November 5, 2019 in the University of Missouri Hospital in Columbia, Missouri having attained the age of 59 years, 4 months and 18 days. Mark grew up in a military family and attended school for a couple of years in Germany at a military base. For most of his school years, he attended Waynesville R-VI School District and graduated from Waynesville High School. On May 3, 1980, Mark was united in marriage to Sherry Mae York. They shared over 39 years of marriage together and were blessed with three children: Justin, Kara and Tyler. Mark served as a Service Technician and Service Manager for 13 years for the local Chevrolet dealership. In December of 1995, Mark opened his own business which he operated with his wife, Sherry. In his spare time, Mark enjoyed car shows, hot rods, NHRA drag racing, NASCAR, or basically anything that moved fast. Mark could fix or build anything and one of the things he kept going was his 1997 Suburban with almost half a million miles on it. Mark, along with several friends, built a 1937 Chevy truck that won numerous awards, appeared in several magazines and was runner-up for Truck of the Year. He also loved Thursday Harley Davidson nights with the biker gang. Mark was the family designated photographer. He always enjoyed his cameras and taking photos of family and friends. He loved his grandchildren, Rylee and Kayden and would take a photo every chance he could. He treasured spending time with his family, especially family vacations. As a young boy, Mark was confirmed in the Lutheran Church, but most recently he and Sherry were attending the First Baptist Church in Swedeborg, Missouri. Mark was dearly loved by his family and he will be sadly missed, but fondly remembered by them all. He leaves to cherish his memory, his wife: Sherry Sundell of the home; his mother: Gisela Sundell of Crocker, MO; three children: Justin Sundell (Lynette) of Licking, MO, Kara Sundell of St. Robert, MO and Tyler Sundell of Overland Park, KS; two grandchildren: Rylee and Kayden Sundell; one brother: Roy Sundell (Cathy) of Waynesville, MO; one sister: Sharon Pierce (Gary) of Murphy, TX; several nieces, nephews, other relatives and many friends. Mark was preceded in death by his father, Reuben Paul Sundell. Even though he is gone from our sight, his memory will live on in our hearts forever. Services were held at 3:00 p.m. Friday, November 8, 2019 in the Memorial Chapels and Crematory of Waynesville / St. Robert with Pastor Mark Tallant and Charles Worstell officiating. The songs “In the Arms” by Terrian, “The Other Side” by Colton Dixon and “Well Done” by The Afters was played. Serving as escorts were Roy Bowling, Gregg Stockdale, Steve Wilkinson, Rob Wilkinson, Brian Tallant, Steve Helton, Terry Collins and Darren Swanson. Serving as honorary escorts were Larry Fletcher, Jim Sands, Mike Giesler, Bobby Dunn, Darrell Decker, Jeff Steele, Rick Weixelbaum and Mike Bevins. Burial followed in the Sunset Memorial Estates Cemetery of Waynesville. Memorial contributions may be made in memory of Mark Sundell to the First Baptist Church of Swedeborg Youth Group or the Waynesville R-VI School District Snack-N-Pac Program and may be left at the funeral home.

The family of Mark Juiles Sundell created this Life Tributes page to make it easy to share your memories.