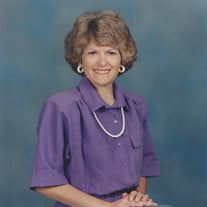 Marlene Jeanette (Soland) Engstrom, daughter of Clinton Harold Soland and Arleen Wilhelmine (Brandt) Soland, was born December 30, 1950 in Bottineau, North Dakota. She was the third daughter of four girls and raised on the family farm near Landa, North Dakota. Marlene attended first grade in a one-room schoolhouse near the family farm; attended Landa Public School from grades 2-5; and then attended Souris Public School from grades 6 through high school. She graduated with honors from Souris in 1968. Marlene furthered her education and attended Minot State College, graduating in June 1972 with a Bachelor of Science Degree in Secondary Education with an English major and a history minor. On April 3, 1971, Marlene was united in marriage to Dennis Leroy Engstrom in Souris, North Dakota. They shared many wonderful memories and had just celebrated their 49th wedding anniversary. Due to Dennis being in the U.S. Army, they were transferred to several different duty stations. Shortly after their marriage, Marlene and Dennis were transferred to Ansbach, Germany where Marlene taught GED classes and they stayed until January 1973. They were then transferred to Fort Leonard Wood, Missouri and stayed until 1977. While at Fort Leonard Wood, Marlene worked for the University of Missouri-Rolla in their College Prep program. She wrote proposals to obtain funding, helped to hire instructors, and did office record management duties. She taught English part time to military students who were taking non-credit college- level courses to become oriented for college level work. They transferred to Fort Lewis, Washington and lived there until August 1979 at which time they came back to Fort Leonard Wood and stayed until December 1982. During that time, Marlene worked various jobs; cashiering at an Army convenience store, sold life insurance for United of Omaha, office clerk at an Army convenience store, an Army service station and at a military clothing sales store. They were transferred one more time to Pirmasens, Germany in January 1983 and stayed until October 1985. She worked for five months as a salesclerk for the PX and then went to the commissary as a cashier and then assistant head cashier. They were transferred the last time back to Fort Leonard Wood. Dennis retired as a Sergeant Major in May 1990 and they decided to stay in the area. In July 1986, Marlene began a civil service position as a procurement clerk at contracting until July 1995. She then served as a supply clerk until March 2003 and then went back to contracting as a procurement clerk, then a contract specialist and retired from civil service December 31, 2017. The last 11 years, she was the program coordinator for the government credit card program at Fort Leonard Wood with administrative oversight of up to 800+ accounts. After her retirement, Marlene was able to do more of the things she loved to do. She loved to cook and being home with her fur family members, Callie and Zoe who preceded Marlene in death. She loved cats and had many fur babies throughout the years. Marlene also participated in various church activities and volunteered about 12 hours a week on a special project at our church. Marlene passed away Saturday, April 25, 2020 in her home having attained the age of 69 years. She will be sadly missed, but fondly remembered by all those that knew and loved her. Marlene leaves to cherish her memory her husband: Dennis Engstrom of Crocker, MO; three sisters: Clarice Ryan of Kinder, LA, Margaret Earle (Thomas) of Colorado Springs, CO and Christine Zaun (Jim) of Burlington, ND; nieces: Kelsey and Mackenzie Walz, Angela Anderson and Crystal Espinoza; nephews: Nathan Tongate and Thomas and Daniel Earle; several cousins, other relatives and friends. Marlene was preceded in death by her parents, Clinton and Arleen Soland; paternal grandparents, Carl and Clara Soland; her maternal grandparents: Emmanuel and Violet Brandt; and one brother-in-law: Robbie Ryan. Graveside services were held at Mouse River Church Cemetery in Landa, North Dakota on June 16, 2020 at 11:00 a.m. with a reception following at the Kramer Senior Center. Celebration of Life services will be held at 11:00 a.m. Thursday, April 22, 2021 in the Faith Evangelical Lutheran Church of St. Robert, MO. Arrangements are under the direction of Memorial Chapels and Crematory of Waynesville/St. Robert. Visitation will be held from 10:00 a.m. until time of service at 11:00 a.m. Thursday, April 22, 2021 in the Faith Evangelical Lutheran Church of St. Robert, MO. Memorial contributions may be made to her church, Faith Evangelical Church in St. Robert, Missouri and may be left at Memorial Chapels and Crematory of Waynesville / St. Robert.

Marlene Jeanette (Soland) Engstrom, daughter of Clinton Harold Soland and Arleen Wilhelmine (Brandt) Soland, was born December 30, 1950 in Bottineau, North Dakota. She was the third daughter of four girls and raised on the family farm near... View Obituary & Service Information

The family of Marlene Jeanette Engstrom created this Life Tributes page to make it easy to share your memories.