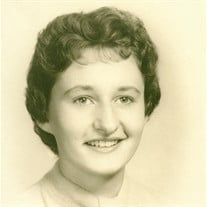 Mary Beth Blunt, daughter of Charles Edward and Annalee (Kelley) Pflum, was born November 13, 1941 in Hamilton, OH. She passed away Tuesday, July 7, 2015 in Christian Healthcare South of Lebanon, MO, having attained the age of 73 years. Mary was born in Hamilton, OH where she grew up and graduated from school. While still living in Hamilton, she met the love of her life, Theodore Blunt. They were united in marriage on November 7, 1972 in Dayton, OH. Ted and Mary moved to and lived in Missouri for over a decade, residing in the areas of Steelville, Laquey and Plato. They later moved to West Liberty, IA for numerous years before moving to Fruitland, IA where Mary served as mayor for several years. They retired to their present home in Plato, MO in 1996. Mary loved life. She enjoyed dancing, music, reading, spoiling her pets, and visiting with neighbors and friends. She was a member of the Cedar Bluff Baptist Church of Plato. Most importantly, she loved spending time with her family and friends. Mary will be sadly missed, but fondly remembered by all those that knew and loved her. She leaves to cherish her memory, her husband: Ted Blunt of the home; four children: Karen McAllister of Springfield, MO, Keith Blunt (Yaoluk) of Roseville, CA, Sarah DuBose (Joe) of Lynchburg, MO and Kelly Blunt of Lebanon, MO; one sister: Christina Ruder of Hamilton, OH; five grandchildren; one great-grandchild; and other relatives and friends. She was preceded in death by her parents, her brother Charles K. Pflum, her aunt Edna Rummel and a grandson, Christopher K. DuBose. Mary, Mom, Grandma - Be at peace, we love you. Graveside services will be held at 2:00 p.m. Friday, July 10, 2015 in the Missouri Veterans Cemetery of Waynesville. Services are under the direction of Memorial Chapels and Crematory of Waynesville / St. Robert. Memorial contributions may be made in memory of Mary Beth Blunt to Regional Hospice of Lebanon, 514 W. Fremont, Lebanon, MO 65536 or may be left at the funeral home.

The family of Mary Beth Blunt created this Life Tributes page to make it easy to share your memories.