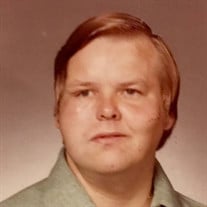 Melvin Lester Hensley, son of Clarence Ray and Ethel Angeline (Walters) Hensley, was born July 8, 1944 in Waynesville, Missouri where he grew up and graduated from Waynesville High School. While in high school, Melvin played football and was a member of the first Waynesville football team which was coached by Bob Slaughter. Melvin continued his education at Truman State University in Kirksville, Missouri. He received his Bachelor of Science Degree in Education, Master’s Degree in Education and started on his Doctorate. Melvin started teaching in Raytown, Missouri before moving back home to Waynesville where he taught for the school district. He also helped with several family businesses including his parent’s fur business and sporting goods store. Melvin later owned and operated his own business, Roubidoux Landscaping Company, which he was best known for. In his spare time, Melvin enjoyed being outdoors; whether it was a float trip on the Gasconade River with his brothers Doug and Dwight, fishing or hunting. He also liked to attend sporting events and was an avid fan of the Kansas City Chiefs, and University of Missouri Football and Basketball. He was also a very strong fan of all of the Waynesville High School sports especially football and basketball. He hardly missed a game whether it was at home or away. At an early age, Melvin made a profession of faith in his Lord Jesus Christ and was baptized. Melvin passed away Saturday, December 24, 2016, in the Cox Medical Center-South in Springfield, Missouri having attained the age of 72 years, 5 months and 16 days. He will be sadly missed by all those that knew and loved him. Melvin leaves to cherish his memory, his two children, Angela Hensley of Crocker, MO, and Christopher Hensley of Chandler, AZ; four grandchildren and eight great-grandchildren; two brothers, Denny Hensley (Ruth) of Columbia, MO and Dwight Hensley (Marilyn) of Waynesville, MO; two sisters, Marlene Hartley of Waynesville, MO and Barbara Johnson of Albuquerque, NM; a number of nieces and nephews; as well as a host of other relatives and friends. Melvin was preceded in death by his parents; and four brothers: Lawrence, Don, Elvin and Doug Hensley. Services were held at 11:00 a.m. Monday, January 2, 2017 in the Memorial Chapels and Crematory of Waynesville / St. Robert with Pastor Lindell Shelden officiating. The song “Oh Cloudy Day” was played and soloist Becky Lercher sang “The Old Rugged Cross” and “It Is Well With My Soul”. Serving as escorts were David Hartley, Robert Hartley, Mike Hartley, John Jarrett, Mario Medeiros and Joseph Ward. Serving as honorary escort was Mike Kelley. Burial followed in the Mitchell Cemetery of Waynesville. Memorial contributions may be made in memory of Melvin Hensley and may be left at the funeral home.

Melvin Lester Hensley, son of Clarence Ray and Ethel Angeline (Walters) Hensley, was born July 8, 1944 in Waynesville, Missouri where he grew up and graduated from Waynesville High School. While in high school, Melvin played football and... View Obituary & Service Information

The family of Melvin Lester Hensley created this Life Tributes page to make it easy to share your memories.