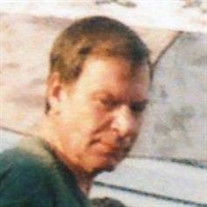 Micheal “Mike” Edward Miller, 58, formerly of Green Bay, Wisconsin, currently of Devil’s Elbow, Missouri, passed away Tuesday, November 22, 2016 in the St. Claire Hospital in Fenton, Missouri. Mike, son of the late Hugene “Bud” George and Blossom Magdalene (Jessel) Miller, was born December 16, 1957 in Heidelberg, Germany. Due to his father being in the military, Mike and the family left Germany in 1958 and came to Fort Leonard Wood for about ten years before moving to Greenbay, Wisconsin in 1968. He graduated from Southwest High School in Green Bay with the Class of 1976. Mike was currently employed at Kroger Grocery in Rolla, Missouri as the Manager of the Meat Department. In his spare time, he enjoyed gathering with his friends. He will be sadly missed but fondly remembered by all those that knew and loved him. Mike leaves to cherish his memory, four brothers and two sisters: Patrick Miller of Freeburg, MO, Susan (Glen) Arrington of Waynesville, MO, Robert Miller of Shawano, WI, Greg (Cindy) Miller of Wabeno, WI, Catherine (Pete) Honaker of Devil’s Elbow, MO and Edward Miller of Gloucester, VA; numerous cousins, nieces, nephews and two great nephews. A celebration of life service will be held at a later date. Arrangements are under the direction of Memorial Chapels and Crematory of Waynesville / St. Robert.

The family of Michael "Mike" Edward Miller created this Life Tributes page to make it easy to share your memories.