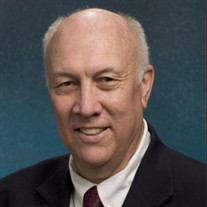 Michael P. Sherman, MD, PhD (hc), FAAP has passed away following complications from a stroke. Dr. Sherman was a wonderful husband and grandfather as well as a superb neonatologist and world-renowned scientist in newborn immunity. He was a Professor Emeritus of Child Health, University of Missouri - Columbia and Professor Emeritus [Pediatrics], University of California, Davis. He was born on June 8th, 1942 and died on September 22, 2017. He graduated from California State Polytechnic University in San Luis Obispo in 1965 and in 1969 graduated cum laude from the Medical College of Wisconsin (formerly Marquette School of Medicine). He completed his pediatric internship and residency at the University of Michigan Medical System and UC - San Diego as well as a neonatal-perinatal fellowship at UC-Davis School of Medicine. He was board certified by the American Board of Pediatrics in Pediatrics and Neonatal-Perinatal Medicine. Dr. Sherman was a Major in the Air Force and served his country as the Chief of Pediatric Services at Vanderberg USAF Hospital in California from 1972 - 1974. He was particularly proud of his early training with Louis Gluck, MD and fondly said he was a member of the “Gluck Club”. He also did early work with nitric oxide at UCLA in collaboration with the 1998 Nobel Laureate, Professor Louis Ignarro, Ph.D. He was a member of Alpha Omega Alpha National Medical Honor Society, received multiple awards and acknowledgements as well as numerous faculty teaching awards. He was also a member of the American Legion, Masonic Fraternity, and Order of the Eastern Star. Dr. Sherman had particular expertise in microbiology, immunology, genetics, and critical care of the sick newborn. He was a prolific writer and has well over 100 peer reviewed publications, 24 book chapters, and 100’s of invited presentations nationally and internationally. He was a member of multiple editorial boards. He has also devoted his career to the development of young students, residents, fellows and faculty members in their education and research. Dr. Sherman was strongly committed to improving the health of Eastern European infants and children. He was a member of the Board of Directors of the Children’s Medical Care Foundation (CMCF) http://cmcf.org/about-us/board-of-trustees-and-directors/board-members/prof-michael-sherman-m-d/ and has been associated with the foundation since 1986. Perhaps the greatest symbol of his service was the training of Polish pediatricians and neonatologists in conjunction with CMCF to help reduce the infant mortality rate in Poland from 20:1000 to the current level of 4:1000. It is a remarkable gift and legacy that Dr. Sherman has given the families and country of Poland. In 2015 he was awarded an honorary honoris causa doctorate degree by Poznan University of Medical Sciences http://pums.ump.edu.pl/honoris-causa-doctorate-for-prof-michael-p-sherman/ Professors Lauterbach, Gadzinowski, Szczapa, Kornacka; Dr. Tomasz Szczapa, Mr. Bjoern Martinoff, Dr. Victoria Niklas, Dr. Michael Cooperstock, and Dr. Lila Wahidi, you were such very dear friends and he was so sad to be unable to finish the work with you. The Sherman’s would like to express their most sincere gratitude to Dr. Stephen Keithahn at the University of Missouri Health Care for his exceptional, compassionate care during Mike’s prolonged illness. We also want to thank the staff of Richland Care Center for the superb care provided at the end of his life. Dr. Sherman is survived by his wife, Dr. Jan Sherman; brothers’ Tom and Tim, sister Kay; sons, Michael Jr., Christopher, and Ryan Wheeler; grandchildren, numerous neonatal colleagues, and close friends as well as five cats whom he called his five daughters. He was predeceased by his parents, Roger and June, as well as his sister Ruth Ann. The family would like to invite family, friends and colleagues to gather and remember Dr. Sherman on September 30th, 2017 from 12pm to 3pm at the Sherman home, 26075 South Hwy 133, Richland, Missouri. Dr. Sherman lived a remarkable life and the stories should be shared. Emails may be sent to [email protected] In lieu of flowers, memorials may be given to the: • University of Missouri Children’s Hospital Patient and Family Assistance Fund https://securelb.imodules.com/s/1002/giving/index.aspx?sid=1002&gid=165&pgid=5006&cid=9137&dids=511 • Children’s Medical Care Foundation (CMCF) http://cmcf.org/get-involved/donors/ • Richland Care Center http://richlandcarecenter.com/

Michael P. Sherman, MD, PhD (hc), FAAP has passed away following complications from a stroke. Dr. Sherman was a wonderful husband and grandfather as well as a superb neonatologist and world-renowned scientist in newborn immunity. He was a Professor... View Obituary & Service Information

The family of Michael P. Sherman, MD PhD (hc), FAAP created this Life Tributes page to make it easy to share your memories.