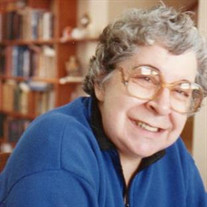 Mitzi Leola Witt, daughter of the late Merriman George and Leola Mae (Sutherland) Turnham, was born October 24, 1931 in Maple Plain, Minnesota where she grew up and attended school. On June 25, 1949, Mitzi married the love of her life, Donald Carl Witt in Minneapolis, Minnesota. Together they shared over forty two wonderful years together before his passing in September of 1991. God blessed their happy home with four children, Sheila, Terry, Merrily and Rita. Mitzi made a profession of faith at a young age and was a beloved member of Cornerstone Baptist Church. She loved her extended church family and cherished each and every one there. Mitzi lived her life in humble service to her Lord making her light shine bright in her community; whether helping with various charities, working within her beloved church, or just helping those in need; Mitzi was a willing servant. Mitzi’s most important accomplishment in life was being a devoted wife, mother and grandmother to which she happily tended to. However, she also enjoyed reading, sewing, crafts, working in her yard and tending to her flower gardens. Mitzi belonged to the Friends of the Library and Life of Giving program; she also volunteered her time each time the Bloodmobile would roll into the community for its blood drive. Mitzi was welcomed into the arms of Jesus Saturday, March 25, 2017 while in the Miller County Care and Rehabilitation Center having attained the age of 85. She leaves to cherish her memory three daughters: Sheila Witt and Merrily Witt both of Richland, MO and Rita Ward (Frank) of Phoenix, AZ; three granddaughters: Sarah Nelson of the state of AR, Skye Hunter (Ted) of Phoenix, AZ and Heather Ward of Phoenix, AZ; one great-grandson, Tyler Nelson; one sister Shirley Lavell of Cedar, MN; one brother: Jerry Turnham (Ann) of Minneapolis, MN; several nieces, nephews, other relatives and friends. Mitzi is preceded in death by her father, Merriman in 1947, her mother, Leola in 1990, her husband Donald in 1991 and one son, Terry in 1952 and her beloved great grandson, Jonathan Nelson in 2011. Mitzi brought unconditional love and joy to the many lives she touched. Her warm smile and sweet spirit will be sadly missed by all those who knew and loved her. Services were held at 3:00 p.m., Thursday, March 30, 2017 in the Memorial Chapel of Richland with Pastor Chuck Baker officiating. Daughters, Rita Ward and Sheila Witt shared touching memories of their mother. Mitzi’s favorite hymn, “Victory in Jesus” was played. A graveside service was held at 2:30 p.m., Monday, April 3, 2017 in the Fort Snelling National Cemetery, Minneapolis, Minnesota. Services were under the direction of Memorial Chapel of Richland. Memorial contributions may be made in memory of Mitzi Witt to either the American Cancer Society or to the National Parkinson's Foundation and may be left at the funeral home. Online condolences can be sent at www.memorialchapelsandcrematory.com.

Mitzi Leola Witt, daughter of the late Merriman George and Leola Mae (Sutherland) Turnham, was born October 24, 1931 in Maple Plain, Minnesota where she grew up and attended school. On June 25, 1949, Mitzi married the love of her life, Donald... View Obituary & Service Information

The family of Mitzi Leola Witt created this Life Tributes page to make it easy to share your memories.