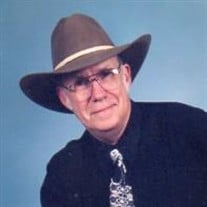 Otis Lenn Jennings was born April 5, 1939 in Crocker, Missouri to Otey and Katherine Rose (Bedsaul) Jennings. He passed away peacefully at his home with his loving wife, Jane by his side, the morning of Saturday, September 7, 2019, having attained the age of 80. “Lenn” grew up and attended school in Crocker, Missouri. He made a profession of faith and had attended church in Swedeborg, Missouri. He later met Janie Faye Plemmons and the two married on December 30, 1969 in Olathe, Kansas. Lenn and Jane shared over forty-nine years together, and a lifetime of love and laughter, while raising their five children. Lenn owned and operated his own electrical business. He was dedicated, not only to his work, but to his wife, and their children. He worked very hard to provide for their needs over the years, and treasured each moment spent with them. He valued a good friendship, and sometimes in the evenings, after a long hard day of work, Lenn could be found socializing with his friends and neighbors. He also enjoyed hunting and fishing in his spare time. He is preceded in death by his parents, Otey and Rose, his five brothers, Heath, Fred, Dale, Bryce and Clyde; two sisters, Minnie and Alma; one son, Anthony, and one grandson, Levi. Lenn leaves behind to cherish his memory, his wife, Jane Jennings of the home; five children: Mike Jennings of the state of Kansas, Shane Jennings (Lisa), Mendy Clark (Bobby), Shad Jennings (Lisa), and Cody Jennings, all of Richland, Missouri; seventeen grandchildren; twenty-nine great grandchildren; three great-grandchildren; one brother Glen Jennings of Lebanon, Missouri; several nieces, nephews, other relatives and friends. Lenn will be greatly missed by all those who knew and loved him. Services were held at 12:00 Noon, Tuesday, September 10, 2019 in the Memorial Chapel of Richland with Pastor Ryan Wyant officiating. Favorite music selections included, “Dad” – Tyler Wood, “He Stopped Loving Her Today” – George Jones, “Grandpa Told Me So” – Kenny Chesney, “Broken Halo” – Chris Stapleton and “Even Though I’m Leaving” – Luke Combs. Serving as escorts were Jim and Rudy Stone, Daniel Plemmons, Danny, Mark, Clayton and Roger Jennings. Burial followed in the Mount View Cemetery near Richland, Missouri. Services were under the care and direction of Memorial Chapel of Richland. Memorial contributions may be made in memory of Lenn Jennings and may be left at the funeral home.

Otis Lenn Jennings was born April 5, 1939 in Crocker, Missouri to Otey and Katherine Rose (Bedsaul) Jennings. He passed away peacefully at his home with his loving wife, Jane by his side, the morning of Saturday, September 7, 2019, having attained... View Obituary & Service Information

The family of Otis "Lenn" Jennings created this Life Tributes page to make it easy to share your memories.