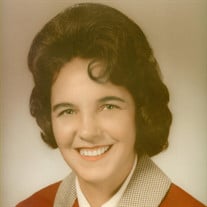 Paulette Marie Winningham, daughter of the late Armand Gaudet and Rosalie (Batut) Gaudet, was born January 4, 1920 in Paris, France. As a young girl, Paulette grew up in Nancy, France and attended school in Reims, France. By the age of 18, Paulette had finished high school and medical school. She began working in the medical field in surgery during World War II. In June of 1961, Paulette met a United States soldier by the name of Carl J. Winningham while she was working at the Post Exchange. Once she had the approval of her family, Paulette and Carl were united in marriage on February 3, 1962. In August 1964, Paulette and Carl came to the United States and moved to Fort Leonard Wood, Missouri in August of 1980 toward the end of Carl’s military career. Paulette loved to work outdoors in her garden, taking care of her flowers. She also enjoyed going with Carl to his different duty stations and at times when she could not go with him, she would go back home to France to be with her family. Paulette passed away Saturday, April 1, 2017 in the Life Care Center of Waynesville, Missouri having attained the age of 97 years. She will be sadly missed, but fondly remembered by all those that knew and loved her. She leaves to cherish her memory, her husband: Carl Winningham of Waynesville, MO; numerous nieces, nephews, other relatives and friends. In addition to her parents, Paulette was preceded in death by two sisters. Graveside services were held at 11:00 a.m. Tuesday, April 4, 2017 in the Sunset Memorial Estates Cemetery of Waynesville with Pastor Danny Graves officiating. Services were under the direction of Memorial Chapels and Crematory of Waynesville / St. Robert.

Paulette Marie Winningham, daughter of the late Armand Gaudet and Rosalie (Batut) Gaudet, was born January 4, 1920 in Paris, France. As a young girl, Paulette grew up in Nancy, France and attended school in Reims, France. By the age... View Obituary & Service Information

The family of Paulette Marie Winningham created this Life Tributes page to make it easy to share your memories.