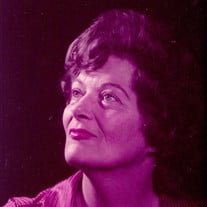 Phyllis Jean Jennings, daughter of the late Jean J. and Elnora (Smith) Lumsden, born September 16, 1931 in Buffalo, Missouri. As a young girl, Phyllis and her family moved to Minnesota where she attended school in Pine River. The family moved back to Missouri in 1950. On December 19, 1967, Phyllis was united in marriage to Harold B. Jennings in Dixon, Missouri. They made their home in Pulaski County and were blessed with three sons: Kenneth, Gene and Gregg. In their early married life, Phyllis was co-owner of G & S Mobile Homes, Inc. for twelve years. But the majority of her working years she served as a beautician and enjoyed visiting with her customers and she owned Phyllis’ Beauty Shop in Dixon. In her spare time, Phyllis enjoyed being outdoors working in her garden. She was an avid reader and was very talented when it came to painting and crocheting. She also loved to cook for her family and enjoyed those times when she had a house full of family to fuss over. Phyllis passed away Monday, January 2, 2017, in Sunset Village of the Ozarks of St. Robert, Missouri having attained the age of eighty-five years, three months and sixteen days. She will be sadly missed, but fondly remembered by all those that knew and loved her. Phyllis leaves to cherish her memory, her three sons, Kenneth Stockdale (Susan) of Newburg, MO, Gene Stockdale of Dixon, MO, and Gregg Stockdale (Alicia) of Dixon, MO; 4 grandchildren, Jamie Erlewine (Dustin) of Laquey, MO, Steven Stockdale of Dixon, MO, Katherine Brookshire (Brad) of Dixon, MO, and Troy Stockdale of Dixon, MO; 8 great-grandchildren; as well as a host of other relatives and friends. In addition to her parents, Phyllis was preceded in death by her husband: Harold; and two grandsons: Kenneth Ryan Stockdale and James Stockdale. Services were held at 3:00 p.m. Saturday, January 7, 2017 in the Memorial Chapels and Crematory of Waynesville / St. Robert with Chaplain David Roush officiating. The songs “Beyond the Sunset”, “In the Garden” and “Amazing Grace” were played. Serving as escorts were Larry Threlkeld, Michael Anderson, Dustin Threlkeld, Buck Anderson, Brad Threlkeld and Bobby Malcom. Burial followed in the Sunset Memorial Estates Cemetery of Waynesville, Missouri. Memorial contributions may be made in memory of Phyllis Jennings and may be left at the funeral home.

Phyllis Jean Jennings, daughter of the late Jean J. and Elnora (Smith) Lumsden, born September 16, 1931 in Buffalo, Missouri. As a young girl, Phyllis and her family moved to Minnesota where she attended school in Pine River. The family moved... View Obituary & Service Information

The family of Phyllis Jean Jennings created this Life Tributes page to make it easy to share your memories.