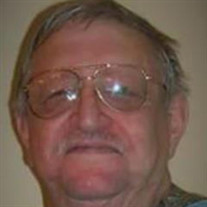 Melvin “Randall” Sherrer was born in Sleeper, Missouri on March 10, 1947 to Milford “Dean” and Alveda (Burgess) Sherrer, and passed away Sunday, January 24, 2021, while in Lake Regional Hospital, Osage Beach, Missouri, having attained the age of 73. “Randall”, as he was known by throughout his life, attend school in Stoutland, graduating from SHS in 1966. He worked for the Alexander Company of Sleeper, Missouri, as a lineman for several years, and looked forward to going home on the weekends just so he could have some fun with his friends. In his younger days, Randall loved fishing, hunting, especially coon hunting, digging for arrow heads, and messing around with his souped-up cars. As his health began to decline, Randall also enjoyed listening to old country music, and watching his favorite NASCAR racer, Jeff Gordon. Randall is survived by his son, Randy Sherrer and his wife, Carolina of Richland, MO; former wife, Debra Sherrer of Richland, MO; 2 grandchildren, Vivian, and Eli Sherrer; several cousins, nieces, nephews, and a host of other relatives and friends. He was preceded in death by his parents, siblings: Shirlene, Curtis, Bernadine, Ruth, Rodney, and Sondra. No services are scheduled at this time. Interment will be at a later date in the Stephens Cemetery, Slepper, MO. Arrangements were under the direction of Memorial Chapel of Richland. In lieu of flowers, memorial contributions are requested in memory of Randall Sherrer and can be left at the funeral home. Online condolences can be sent at www.memorialchapelsandcrematory.com.

The family of Randall Sherrer created this Life Tributes page to make it easy to share your memories.

Melvin “Randall” Sherrer was born in Sleeper, Missouri on March...