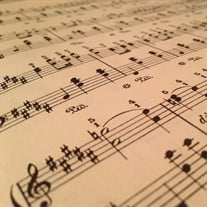 Rebbeca Lea “Becky” Haley Powers was born in Taft, Texas on June 25, 1950 to Florence Nell Huber and Harlin Jack Haley I. She departed this life on December 24, 2017 at Cox South Hospital, Springfield, Missouri after a short battle with bacterial infection and cancer. Becky grew up in California as well as Texas and found her first love, music at a very early age. While in high school, she taught herself to play guitar and piano and frequently represented her school in performances. She also found a talent for writing, and had an amazing, soulful voice. As a young adult, she began recording her own songs in her home and learning to play any instrument she could get her hands on. After moving to Missouri, she began playing music professionally with local musicians and found her favorite instrument to play, the drums. Becky inspired her children to love music, playing in bands with her daughter, Anda for many years, and being the biggest fan of her daughter, Haley on her successful solo and duo career. She passed down her artistic drawing skills to her son, Asa who like his mother is a beautiful vocalist. Everyone who met her was automatically drawn to her charisma and natural ability to own the room. She was an animated story teller and a born entertainer. She took the time to advise and support other musicians. Her honesty was always met with respect and appreciation. She always had the urge to learn and absorb anything she could out of life, often striking up conversations with complete strangers to hear their stories or brag on her children. Becky is survived by and will be forever loved by her children: Anda Zeiger (Matt Van Kirk) of Rolla, Missouri, Haley Powers (Adam Fagerlin) of Lebanon, Missouri, and Asa Powers of Springfield, Missouri; her three grandchildren, Destiny Carroll of Richland, Missouri, Brett Zeiger of Rolla, Missouri, and Eva Powers of Lebanon, Missouri; great grandchildren Skyler and Ayedin Rogers; niece, Tricia Haley (Debbie Haley), and several other relatives, friends and the musician community. She will never be forgotten by the many musicians who had the honor of playing music with her or the pleasure of having her in the audience to enjoy their performances. She was ‘mom’ to many of her children’s friends as well who mourn her loss. Becky is preceded in death by her parents, sister Faye Reich, brother Harlin Jack Haley, II, and grandson Jaz Sebastian Powers. A celebration of life will be held at a date and location to be determined.

The family of Rebbeca "Miss Becky" Lea (Haley) Powers created this Life Tributes page to make it easy to share your memories.