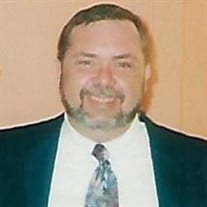 Richard Keith Cavaluzzi was born in New York, New York, on January 14, 1959 to Michael Rocco and Barbara Ann (Needham) Cavaluzzi. His nickname as a child was Bear. He had a sweet nature but could be pretty tough if he had to be. “Rich” grew up in the suburbs of Illinois, but spent the majority of his life in St. Louis, Missouri until three years ago before settling into the small community of Richland, Missouri. He was of the Catholic faith and loved the Lord, living out his Christian beliefs throughout his lifetime. Rich’s big personality, and never meeting a stranger, greatly served him well while working in automotive sales and management for AutoZone and Advance Auto Parts for many years before becoming a long-haul truck driver. He enjoyed the freedom of being on the road and taking in all the sights as he traveled the highways. He loved motorcycles, working on cars, camping, fishing, boating, music, traveling, and sports however, his love for family and friends was immense; and his relationships with others were especially important to him. Rich bravely fought cancer for a time, never letting it get him down, nor was he defined by the disease that ravaged his body. His concern for others far outreached his own battles, or concerns for himself. On the peaceful Monday morning of March 15, 2021, while in Mercy Hospital of Lebanon, Missouri, Rich entered into the presence of God, leaving the worries of this world behind with his loving family by his side having attained the age of 62. He leaves behind to cherish his memory fiancé, Anna Powers of Richland, MO; sisters: Teresa Malanga (Peter) of Yonkers, New York, and Dianna Cavaluzzi of St. Louis, MO; children: Christina Cavaluzzi, Katie Cavaluzzi, and Joseph Cavaluzzi all of St. Louis, MO; grandchildren: Mariah, Jordan, Joe, Kylee, Savannah, Mason, and Bindi; several nieces, nephews, and a host of other relatives and friends. He is preceded in death by brothers: Michael A. Cavaluzzi and Daniel J. Cavaluzzi, and Nephew Mikey Cavaluzzi Rich’s loving, happy go lucky nature, and kind smile could brighten the darkest of days, and his presence will be greatly missed by all those who knew and loved him. No services are scheduled. Arrangements are under the direction of Memorial Chapel of Richland. Memorial Contributions may be left in memory of Richard Keith Cavaluzzi and can be left at the funeral home.

Richard Keith Cavaluzzi was born in New York, New York, on January 14, 1959 to Michael Rocco and Barbara Ann (Needham) Cavaluzzi. His nickname as a child was Bear. He had a sweet nature but could be pretty tough if he had to be. &#8220;Rich&#8221;... View Obituary & Service Information

The family of Richard Keith "Rich" Cavaluzzi created this Life Tributes page to make it easy to share your memories.