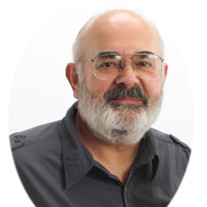 Richard Ernest Dennis, son of the late Ernest Harry and Belva Lee (Killian) Dennis, was born July 28, 1953 in Bonne Terre, Missouri. He went home to be with his Lord Tuesday, March 19, 2019 in the Mercy Hospital of Lebanon, Missouri having attained the age of 65 years. Richard grew up in DeSoto, Missouri and attended K-8th grade at Sunrise School and graduated from DeSoto High School. He continued his education at MidAmerica Nazarene College (now University) of Olathe, Kansas. When Richard was 16, he met the love of his life….a 15 year old girl by the name of Carol Louise Bushey. They were married on June 15, 1974 in Ferguson, Missouri. They shared over 44 years of marriage together and were blessed with two children: Stephen Paul and Jessica Danielle. Richard has been a hardworking man since his childhood. While in grade school, he worked in his grandmother’s alteration shop delivering/picking up from the local menswear shop to earn money for a transistor radio and also worked at his father’s Conoco Station from the age of 13. While in college, he worked as a janitor for area schools and after college, he worked for Chem Lawn Care and became a certified arborist. He worked also as one of the last milk delivery men, delivering milk for Bailey Farm Dairy. For a brief time, he sold alarm systems but resigned because he felt like he was selling “fear”. He worked in artificial rock work and always spoke about that being one of his favorite jobs. He later worked with Kanakuk & Kids Across America, built several of their camps and worked maintenance with them for many years. He worked in construction, remodeling and renovation all throughout his work history. Richard always dreamed of building and owning a campground retreat that would have free retreats available for pastors to get away from the day-to-day ministry work just to vacation and rest/relax. He enjoyed politics, natural medicine, target shooting, hunting and camping with family and friends and fishing with his Uncle Ode. He especially enjoyed watching NASCAR with his mom when she was still living. He could fix anything….it didn’t matter if it was tangible things or solving problems. At an early age, Richard made a profession of faith. He served as a church board member at several Nazarene churches throughout his life. He was a member of CBN 700 Club and the NRA. Richard was a very loving person and was always willing to lend a helping hand. He will be greatly missed by all those who knew and loved him. He leaves to cherish his memory, his loving wife: Carol Dennis of the home; two children: Paul Dennis (Sarah) of Grandview, MO and Jessica Dennis of Olathe, KS; two grandchildren: Philip and Ada Dennis of Grandview, MO; three sisters: Patricia Blank of Wentzville, MO, Kathleen Tucker (Cooper) of Festus, MO and Melinda Dennis of Florissant, MO; one brother: John Dennis (Jennifer) of Cape Girardeau, MO; several nieces, nephews, other relatives and friends. In addition to his parents, Richard was preceded in death by one brother: Randall Dennis; and one sister: Carole Lea Hoogland. Celebration of Life Services were held at 11:00 a.m. Saturday, March 23, 2019 in the Waynesville Church of the Nazarene of Waynesville, Missouri. Rev. Richard Bushey and Rev. Robert Warren officiated and Rev. Jason Stephens and Rev. Jim Carriker recalled their wonderful memories of Richard. The songs “Wonderful, Merciful Savior”, “Good, Good Father” and “Great Is Thy Faithfulness” were played. Services were under the direction of Memorial Chapels and Crematory of Waynesville / St. Robert.

Richard Ernest Dennis, son of the late Ernest Harry and Belva Lee (Killian) Dennis, was born July 28, 1953 in Bonne Terre, Missouri. He went home to be with his Lord Tuesday, March 19, 2019 in the Mercy Hospital of Lebanon, Missouri having... View Obituary & Service Information

The family of Richard Ernest Dennis created this Life Tributes page to make it easy to share your memories.