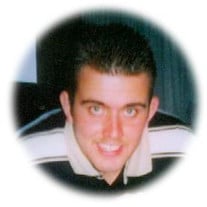 Robert Frazier Davis, Jr., son of Robert Frazier Davis, Sr. and Mable Lois (Moyer) Davis, was born April 6, 1979 in Wiesbaden, Germany. He passed away Tuesday, June 14, 2016 in the Sparrow Hospital of Lansing, Michigan having attained the age of 37 years. Due to his father being in the military, Robert and the family moved several times. They were stationed at Fort Sill, Oklahoma; Germany; Fort Dix, New Jersey; Fort Carson, Colorado; Fort Lewis, Washington; Fort Wainwright, Alaska; Fort Bliss, Texas; and then in 2001, they were transferred to Fort Leonard Wood, Missouri. While in Oklahoma, Robert graduated from Eisenhower High School in 1997 in Lawton, Oklahoma. After graduating from high school, Robert entered the United States Army and served two years in the Infantry. He served his country faithfully and was honorably discharged from duty. In 2005, Robert rejoined his family in the Fort Leonard Wood, Missouri area and worked as a mechanic with Firestone. He also worked for a time as a manager with McDonalds, and also worked as a security guard. In 2015, Robert moved to Lansing, Michigan where he worked for General Motors. In his spare time, Robert enjoyed being outdoors while floating on the river, fishing or just sitting by a bonfire. He loved music and had quite the passion for stereo equipment and dancing. He loved life and loved to laugh. Most importantly, he loved spending time with his family and friends. Robert will be sadly missed by all those that knew and loved him. He leaves to cherish his memory, his parents: Robert F. Davis, Sr. and Mable Davis, of Waynesville, MO; daughter: Nevaeh Kaylin Davis of Hollywood, Florida; brother: Andrew Davis, of Waynesville, MO; as well as a host of aunts, uncles, cousins and other relatives and friends. Services were held at 3:00 p.m. Tuesday, June 21, 2016 in the Memorial Chapels and Crematory of Waynesville / St. Robert. The songs “Will You Be There” by Michael Jackson, “A Song for Mama” by Boys 2 Men and “Amazing Grace” by Aaron Neville were played. Memorial contributions may be made in memory of Robert Davis and may be left at the funeral home.

The family of Robert F. Davis, Jr. created this Life Tributes page to make it easy to share your memories.