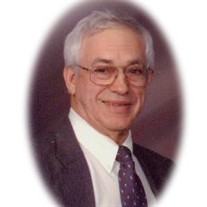 Robert Max (Bobby) Thornsberry, Sr. was born on October 13, 1927, to Roy and Mabel (Morrison) Thornsberry, and departed this life October 9, 2014. Bob married Wanda Jean Maxey on February 21, 1953, and to this union two sons were born: Robert Max and Michael Dean. Bob became a Christian at a young age and became a member of Swedeborg First Baptist Church in 1945 where he faithfully served as a deacon and Sunday School teacher for a number of years. Bob was also a proud member of Gideons International. Bob graduated Swedeborg High School in 1946 and attended University of Central Missouri where he graduated with a Bachelor of Industrial Arts in 1967 and later earned a Master of Safety degree. He also received a Specialist of Administration degree. Bob taught driver education at Waynesville High School for 23 years and retired in 1990. Bob’s true vocation and love was farming. He purchased the family farm when he and Wanda Jean were married. Bob is survived by his wife of 61 years, Wanda Jean (Maxey) Thornsberry. He is survived by his two sons, Dr. Robert Max Thornsberry, Jr., and his wife, Brenda, of Richland, Mo. and Dr. Michael Thornsberry, and his wife, Susan, of Macon, Georgia. Also surviving are four grandchildren, Dr. Jonathan Thornsberry and his wife, Holli, of Ozark, Mo., Jessica Hartman, and her husband, Travis, of St. Charles, Mo., Melissa Thornsberry of Malibu, Calif. and Sarah Thornsberry of Gainesville, Fla. He also leaves five great grandchildren: Jacob, Jordan, Johanna, Jensen and Stella. Bob was preceded in death by his parents, an infant brother and brothers, Kenneth and Joe. Funeral services were held at 2:30 p.m. Sunday, October 12, 2014 in the First Baptist Church of Swedeborg with Pastor Jim Burton officiating. Bro. Jim Marshall and Bro. Jim Nelson both shared their wonderful memories of Bobby. Merrell Breyer and Amanda Starnes provided the music. Serving as escorts were Jerry, Dennis, Joe, and Jonathan Thornsberry, Travis Hartman and Jake Starnes. Burial followed in the Bethlehem Cemetery near Richland. Services were under the direction of Memorial Chapels and Crematory of Waynesville / St. Robert. Memorial contributions may be made in memory of Bobby Thorsnberry to the Gideons International and may be left at the funeral home.

The family of Robert Max "Bobby" Thornsberry created this Life Tributes page to make it easy to share your memories.