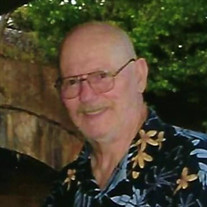 Ronald Shupe, son of the late Charles Morgan Shupe, Jr. and Anna Lee (Ramey) Shupe, was born September 2, 1950 in Norton, Virginia. As a young boy, Ronald grew up in the Lynn Garden community of Kingsport, Tennessee where he attended Lynn Garden Elementary and graduated from Lynn View High School. In 1970, Ronald entered the United States Army and served his country faithfully until his retirement in 1991. He had attained the rank of Staff Sergeant and earned several awards and commendations. On June 18, 1970, Ronald was united in marriage to Lela Charles in Burnsville, North Carolina. They had just celebrated their 50th wedding anniversary. Ronald and Lela shared many wonderful memories and were blessed with four sons: Brian, Michael, Terry and Richard. After his retirement from the military, Ronald began working as a radio dispatcher for the Pulaski County Sheriff’s Department and then began working at the Dusty Attic Flea Market in Waynesville. He enjoyed visiting with all the customers that came in and formed several friendships through the store. After the flea market closed, Ronald worked for a short period of time at Walmart in the Service Department. In his spare time, Ronald enjoyed putting together model rockets and flying them with the boys. He also enjoyed being outdoors while fishing and was very interested in ancestry and spent quite a bit of time on Ancestry.com. He also loved music and musical instruments. He taught himself to play the guitar and keyboard. Ronald had made an important decision in his life and accepted Jesus Christ as his Savior. He was a member of the Church of God of St. Robert, Missouri and attended faithfully. Ronald was proud of the fact that he had been a member of AA (Alcoholics Anonymous) for 34 years. Ronald went home to be with his Lord Monday, August 3, 2020 in the University of Missouri Hospital and Clinics of Columbia, Missouri having attained the age of 69 years. He will be sadly missed, but fondly remembered by all those that knew and loved him. Ronald leaves to cherish his memory, his wife: Lela F. Shupe of the home; four children: Brian Shupe of Waynesville, MO, Michael Shupe (Kristy) of Waynesville, MO, Terry Shupe (Jennifer) of Waynesville, MO and Richard Shupe (Lisa) of St. Robert, MO; twelve grandchildren: Justine, Ryan, Kristian, Cole, Kylie, Jaycee, Jaymee, Justin, Jackson, Ashland, Michael, and Dawn; five great grandchildren: Presley, Finley, Riley, Zoey, and Bentley; three brothers: Jim Shupe (Becky) of Fall Branch, TN, Steve Shupe (Annette) of Salt Lake City, UT and Chris Hunter of Guatemala; several nieces, nephews, other relatives and friends. Funeral services were held at 12:30 p.m. Friday, August 7, 2020 in the Church of God of St. Robert, Missouri with Pastor Ron Leggett officiating. The songs “A Little Good News” and “Amazing Grace” were played and “Living Hope” was sung by Melanie Roark. Serving as escorts were family and friends. Burial with military honors followed in the Missouri Veterans Cemetery of Waynesville. Military honors were provided by Missouri Honors Team. Services were under the direction of Memorial Chapels and Crematory of Waynesville / St. Robert.

Ronald Shupe, son of the late Charles Morgan Shupe, Jr. and Anna Lee (Ramey) Shupe, was born September 2, 1950 in Norton, Virginia. As a young boy, Ronald grew up in the Lynn Garden community of Kingsport, Tennessee where he attended... View Obituary & Service Information

The family of SSG (Ret) Ronald Shupe created this Life Tributes page to make it easy to share your memories.