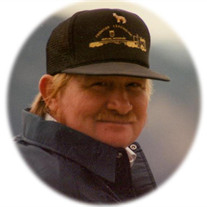 Sylvanus “Rusty” Clarence Ballard, was born August 18, 1943 to the late C.A. Ballard and Brilla (Storie) Ballard and departed this life on February 28, 2017 at 3:01 p.m. in the University Hospital of Columbia, Missouri having attained the age of 73 years, 6 months and 10 days. Rusty was born and raised in the Waynesville, Missouri area where he worked on the farm. He left for a time and worked in Texas for King Ranch, in Oklahoma where he worked in the oil fields of Enid and in Waldon, Colorado he worked on a ranch breaking horses. He came back home and enjoyed working with horses and livestock and hunting and fishing. In 1972, Rusty was united in marriage to Lora Jefferies and to this union three children were born: Angel Marie, Sylvanus “Little Rusty”, and Amy Kay. Rusty leaves to mourn his passing, his three children: Angel Ballard of LaJunta, CO, Sylvanus Ballard of Maryville, MO, and Amy Kleier (Rick) of Marshfield, MO; seven siblings: Elva Debar of Richland, MO, Ollie Ballard of Versailles, MO, Claria York of Waynesville, MO, Sue Rhodes of Waynesville, MO, Charlie Ballard of Waynesville, MO, Ethlyn Bales (Paul) of Waynesville, MO and Liz Ballard of Ozark, MO; nine grandchildren; four great grandchildren; several nieces, nephews, cousins, other relatives and friends. In addition to his parents, Rusty was preceded in death by his wife, Lora; one brother: Bland Ballard; and one grandson: William Ballard. Memorial services were held at 11:00 a.m. Saturday, March 4, 2017 in the Memorial Chapels and Crematory of Waynesville / St. Robert with Rev. Richard Breeden officiating. Rusty’s cousin, Gilbert Crismon recalled his wonderful stories of Rusty and sang “Amazing Grace” and “Beulah Land”. Memorial contributions may be made in memory of Rusty Ballard and may be left at the funeral home.

The family of Sylvanus "Rusty" Clarence Ballard created this Life Tributes page to make it easy to share your memories.