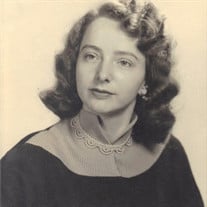 Sylvia Beverly (Young) Theberge, daughter of the late Kenneth Chapman and Winnie (Edwards) Young, was born September 9, 1934 in Reading, Massachusetts. As a young girl, Sylvia grew up in Laurence, Massachusetts and graduated from Laurence High School in 1952. Shortly after graduating, Sylvia met a young soldier by the name of Charles Theberge. They were united in marriage on January 4, 1954 and were blessed with two daughters and eight sons. Due to Charles being in the military, the family was transferred several places, but in 1965 they came to Fort Leonard Wood, Missouri from Germany. They decided to remain in the area to raise their family after Charles was honorably discharged from the military. Besides raising her family, which was a full time job, she enjoyed being outdoors while working in her garden and she was very creative in when it came to drawing, painting and sewing. She also enjoyed shopping. In her spare time, Sylvia loved to do volunteer work and serving dinners at the Richland Nutrition Center. She was also involved in the Ladies Auxiliary Lions Club of Waynesville and the VFW Ladies Auxiliary Post 3168 of Laquey. Sylvia passed away Friday, August 24, 2018 in the Richland Care Center of Waynesville, Missouri having attained the age of 83 years. She will be sadly missed, but fondly remembered by all those that knew and loved her. Sylvia leaves to cherish her memory, nine children: Charles Theberge, Jr. of Columbia, MO, Michael L. Theberge, Sr. of Vandalia, MO, Mary T. Theberge of Waynesville, MO, Jean-Paul Theberge of Plato, MO, Kenneth W. Theberge of Columbia, MO, David Theberge of Waverly, OH, Daniel Theberge of Wright City, MO, Donald Theberge of Crocker, MO and Stephen Theberge of Fredricksburg, Virginia; twenty-three grandchildren; thirty great-grandchildren; one great-great grandchild; several other relatives and friends. In addition to her parents, Sylvia was preceded in death by her husband: Charles Theberge; two sisters: Marion Young and Shirley Allses; and one infant daughter, Donna Marie Theberge. Services were held at 2:00 p.m. Wednesday, August 29, 2018 in the Memorial Chapels and Crematory of Waynesville / St. Robert with Father John Groner officiating. The song “Ave Maria” was played. Serving as escorts were Charles Theberge, Jr., Michael L. Theberge, Sr., Jean-Paul Theberge, Kenneth W. Theberge, David Theberge, Daniel Theberge, Donald Theberge and Stephen Theberge. Burial followed in the Sunset Memorial Estates Cemetery of Waynesville.

The family of Sylvia Beverly (Young) Theberge created this Life Tributes page to make it easy to share your memories.