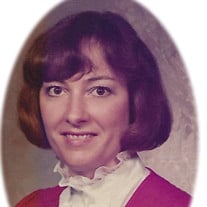 On February 13, 1952, Teresa Lea York was born in Waynesville, Missouri to her proud parents, Roy and Ramona York. On March 24, 2020, after a long and hard-fought battle with Alzheimer’s Disease, our Lord and Savior called Teresa home to be with Him. She had professed her belief in the Lord at a young age, was baptized and a member of the Swedeborg Baptist Church. On July 28, 1975, she was united in marriage to John Thomas Tinsley and together they started their life’s journey. Their love and devotion to each other was put to the test over the last 10 years. You could see her love and commitment to Tom through her eyes when she could no longer speak and his love and commitment to her never waivered. Teresa was employed by Delta Loan right after she graduated high school in 1970. She was later transferred to Security Bank where she remained until her retirement in 2010. Teresa was passionate about her job and she loved her “extended family”. One thing she looked forward to each year was the Girls Only Float Trip. Teresa also loved animals, especially cats. Over the years she rescued many mommy cats and kittens from underneath the Old Stagecoach Stop Building. She helped out at the local animal shelter when possible. Most of all, Teresa loved fishing with Tom on the lake and on the local rivers. She loved spending time with her family, especially her young nieces, nephews and great nieces and nephews. She was a devoted wife, daughter, granddaughter, sister and aunt. She will be sorely missed by all that had the privilege to know and love her. She was preceded in death by her mother: Ramona Lea (Carroll) York; one brother: Roy Franklin York, Jr.; her father and mother-in-law: Harold and Esther Tinsley; one nephew who was very dear to her heart: Jason Tinsley and one sister-in-law: Beth Meyers. Teresa leaves to cherish her memory, her husband: Tom Tinsley of the home; father: Roy York of Swedeborg, MO; two stepsons: Marcus Tinsley of Gig Harbor, WA, and Kale Tinsley (Terri) of Lynwood, WA; one sister: Patricia Dietiker (Terry) of Marshfield, MO; one brother-in-law: H.R. Tinsley (Rita) of Stoutland, MO; several nieces, nephews, other relatives, friends and her family at Security Bank. Private family funeral services were held at 10:00 a.m. Tuesday, March 31, 2020 in the Memorial Chapels and Crematory of Waynesville / St. Robert with Pastor Danny Graves officiating. Soloist Becky Lercher sang “In the Garden” and “Celebrate Me Home”. Serving as escorts were family and burial followed in the Waynesville Memorial Park Cemetery of Waynesville. Memorial contributions may be made in memory of Teresa Tinsley to the Alzheimer’s Association and may be left at Memorial Chapels and Crematory of Waynesville / St. Robert.

On February 13, 1952, Teresa Lea York was born in Waynesville, Missouri to her proud parents, Roy and Ramona York. On March 24, 2020, after a long and hard-fought battle with Alzheimer&#8217;s Disease, our Lord and Savior called Teresa home... View Obituary & Service Information

The family of Teresa Lea Tinsley created this Life Tributes page to make it easy to share your memories.