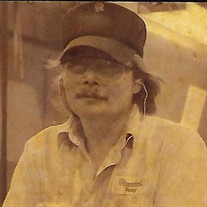 Terry J. Smith, son of the late Loael Hinkle Smith and Shirley Mae (Montgomery) Smith, was born April 18, 1956 in Pasco, Washington. Terry, or TJ as he was known to his family and friends, spent the majority of his growing up years in Arkansas. On April 8, 1978, TJ was united in marriage to Cordia Martha Graham in Chugiak, Alaska. They shared over 33 wonderful years together and were blessed with three children: Oresta, Christopher and Christina. Cordia preceded TJ in death on December 29, 2011. TJ entered the United States Army and served his country faithfully until his retirement in 1994 after 20+ years of service. He had attained the rank of Sergeant First Class and earned several awards and commendations; some of which include: Meritorious Service Medal, Army Commendation Medal, Army Good Conduct Medal (5th Award), National Defense Service Medal, NCO Professional Development Ribbon (3rd Award), Army Service Ribbon, Overseas Service Ribbon (2nd Award), Recruiter Badge w/3 Gold Achievement Stars, Expert Infantryman Badge, Driver Badge, and Expert Qualification Badge M-16 Rifle. At the time of his retirement, he was stationed at Fort Leonard Wood, Missouri and he and his family decided to remain in the area. After his retirement from the military, TJ began working for Copeland in Lebanon, Missouri and retired after 20 years. He truly enjoyed working and even after retiring from the military and his employment with Copeland, he began working as a civil service employee on Fort Leonard Wood. On March 1, 2013, TJ was united in marriage to Loretta Patrice Graham in Waynesville, Missouri. They shared over six years of marriage together and many wonderful memories. In his spare time, he enjoyed watching TV and being outdoors while working in the yard. Most importantly, he loved spending time with his family, especially the grandchildren. TJ passed away Saturday, January 11, 2020, in his home in Laquey having attained the age of sixty-three years. He will be sadly missed, but fondly remembered by his wife, Lori of the home; his three children: Oresta Talbot (John) of Laquey, MO, Christopher Smith (Desiree) of Laquey, MO, and Christina White (Eric) of Buckhorn, MO; two step-children: Brandy McClure (Erik) of Tacoma, WA and Chrissi Kennedy (Willie) of Tacoma, WA; nine grandchildren and eight step-grandchildren; three step great-grandchildren; two brothers: Dana Smith and Mark Smith; and a sister: Tami Eastridge, all of the State of Arkansas; a number of nieces and nephews; as well as a host of other relatives and friends. Services were held at 1:00 p.m. Wednesday, January 15, 2020 in the Memorial Chapels and Crematory of Waynesville / St. Robert with Chaplain (CPT) Matthew Woodside officiating. Serving as escorts were family and friends. Burial followed in the Missouri Veterans Cemetery of Waynesville.

Terry J. Smith, son of the late Loael Hinkle Smith and Shirley Mae (Montgomery) Smith, was born April 18, 1956 in Pasco, Washington. Terry, or TJ as he was known to his family and friends, spent the majority of his growing up years in Arkansas.... View Obituary & Service Information

The family of SFC (Ret) Terry Jan "TJ" Smith created this Life Tributes page to make it easy to share your memories.