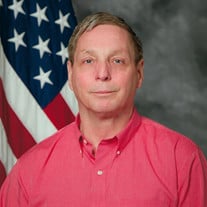 Thomas Harold Chambers was born May 8, 1957 in Yonkers, New York. He passed away Thursday, July 25, 2019 in his home having attained the age of 62 years. Tom grew up in Yonkers where he attended school and graduated from high school. While in high school, Thomas met a young girl by the name of Christine Doyle. They became high school sweethearts and were united in marriage on February 17, 1979. They shared 30 years of marriage together and were blessed with two sons: Kristian P. and Thomas R. Chambers. Tom entered the United States Army and served his country faithfully for 27 years and retired with the rank of Command Sergeant Major. For his faithful service, he earned several awards and commendations; some of which include: Legion of Merit, Meritorious Service Medal (4th Award), Army Commendation Medal (4th Award), Army Achievement Medal (7th Award), Army Good Conduct Medal (8th Award), Arm of Occupation Medal, National defense Service Medal, Southwest Asia Service Medal with 2 Bronze Service Tars (BSS), Humanitarian Service Medal, Noncommissioned Officer’s Professional Development Ribbon with Numeral 4, Army Service Ribbon, Kuwait Liberation Medal (K), Kuwait Liberation Medal (SA), Sharpshooter Marksmanship Qualification Badge with Rifle Bar, and the Drill Sergeant Identification Badge. While in the service, Tom furthered his education by obtaining two Master’s Degrees. After retiring from the military, Tom continued to serve his country as a manager of the Basic Officer Leadership Course on Fort Leonard Wood. He was a member of the 554th Engineer Alumni and enjoyed planning and hosting their annual reunion in the Fort Leonard Wood area. In his spare time, Tom enjoyed traveling with close friends and going to the beach in Florida with his family. He especially liked going on Caribbean cruises with his son and his companion Becky. It pleased him greatly to spend time with his friends and family during the holidays and getting to spoil his grandson Cooper. Tom was a very giving person and was a friend and confidante to many. He was always willing to listen and to help anyway that he could. Tom leaves to cherish his memory, his two children: Kristian P. Chambers (Bryan Thrasher) of Springfield, MO and Thomas R. Chambers (Jeremy Markusic) of St. Robert, MO; his companion: Rebecca McKenzie of Waynesville, MO; one grandson: Cooper Thrasher; one sister: Ruth Chambers of Yonkers, NY; several other relatives and friends. Tom was preceded in death by his mother: Amelia Mae Hale and his wife: Christine Chambers. Graveside services with military honors were held at 12:00 p.m. Tuesday, July 31, 2019 in the Sunset Memorial Estates Cemetery of Waynesville with Stephanie Bowens officiating. Military honors were provided by the United States Army of Fort Leonard Wood, Missouri. Services were under the direction of Memorial Chapels and Crematory of Waynesville / St. Robert. Memorial contributions may be made in memory of CSM (Ret) Thomas Chambers to the Delbert Day Cancer Center of Rolla and may be left at the funeral home.

Thomas Harold Chambers was born May 8, 1957 in Yonkers, New York. He passed away Thursday, July 25, 2019 in his home having attained the age of 62 years. Tom grew up in Yonkers where he attended school and graduated from high school.... View Obituary & Service Information

The family of CSM (Ret) Thomas Harold Chambers created this Life Tributes page to make it easy to share your memories.