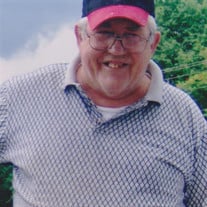 SFC (Ret) Thomas Walter Lynn, son of Charlie and Betty Mae (Plemons) Lynn, was born March 18, 1941 in Philadelphia, Tennessee where he grew up and attended school. In 1960, Thomas entered the United States Army and served his country faithfully until his retirement in 1982. He had attained the rank of Sergeant First Class and earned several awards and commendations; some of which include: National Defense Service Medal, Army Commendation Medal w/Oak Leaf Cluster, Good Conduct Medal (5th Award), Vietnam Service Medal w/2 Silver Service Stars, Vietnam Service Medal w/1 Bronze Service Star, Republic of Vietnam Campaign Medal, Army Service Ribbon, Drill Sergeant ID Badge, Overseas Service Ribbon (3), National Defense Service Ribbon (1) and Republic of Vietnam Gallantry Cross w/Palm. While serving in the military, Thomas met Marguerite Friederes and they were united in marriage on November 26, 1962. They shared over 55 years of marriage together and were blessed with three children: Elizabeth, Jenny and Bill. After retiring from the military, Thomas continued to serve his country as a Civil Service employee for 10 years before going into business for himself. In his spare time, he absolutely loved animals and going fishing. He would look for every excuse and chance he could go. He also enjoyed playing Bingo and checkers and he was best known to his family and friends as one that enjoyed arguing. He enjoyed a good debate with anyone that was willing to accept his invitation. Most importantly, he loved his family and enjoyed spending time with them whenever he could. Thomas passed away Saturday, December 30, 2017 in the St. Mary’s Hospital of St. Louis, Missouri having attained the age of 76 years. He will be sadly missed, but fondly remembered by all those that knew and loved him. Thomas leaves to cherish his memory, his wife: Marguerite Lynn of St. Robert, Missouri; two daughters: Elizabeth Lynn of Weston, Florida and Jenny Lynn of Washington, Illinois; one son: Bill Lynn of Waynesville, Missouri; nine grandchildren; six great grandchildren; nieces, nephews, other relatives and friends. In addition to his parents, Thomas was preceded in death by eleven brothers and sisters. Services were held at 1:00 p.m. Friday, January 5, 2018 in the Memorial Chapels and Crematory of Waynesville / St. Robert with Chaplain Joshua Metz officiating. The songs “Remember When”, “Amazing Grace” and “Go Rest High on that Mountain” were played. Burial with military honors followed in the Missouri Veterans Cemetery of Waynesville. Military honors were provided by the United States Army of Fort Leonard Wood, Missouri. Memorial contributions may be made in memory of SFC (Ret) Thomas Lynn to the Pulaski County Animal Shelter and may be left at the funeral home.

The family of SFC (Ret) Thomas Walter Lynn created this Life Tributes page to make it easy to share your memories.