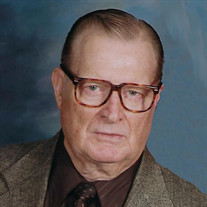 Treadwell “Smitty” Eudon Smith, son of the late Clayton and Inez (Kiser) Smith, was born June 4, 1934 in Slocomb, Alabama. He passed away Wednesday, September 2, 2020 in the Life Care Center of Waynesville, Missouri having attained the age of 86 years. Smitty, as he was known to his family and friends, grew up on a farm in rural Slocomb, Alabama and attended a country school. As a teenager, Smitty went to Montgomery, Alabama and joined the United States Army. He served his country faithfully for 30 years, 3 months and 3 days and retired having attained the rank of Sergeant Major. For his faithful service, Smitty earned several awards and commendations; some of which include: National Defense Service Medal (1st Oak Leaf Cluster), Korean Service Medal, United National Service Medal, Army Commendation Medal (1st Oak Leaf Cluster), Vietnam Service Medal, Republic of Vietnam Campaign Medal, Vietnamese Cross of Gallantry with Palm, Combat Medical Badge (1st Oak Leaf Cluster), Good Conduct Medal (10th Award), Medical Badge (2nd Award), Army Service Ribbon, and Overseas Service Ribbon. During his time in the military, Smitty served in Korea and Vietnam. On June 24, 1979, Smitty was united in marriage to Mary Jean Christensen in Honolulu, Hawaii. They shared over 41 years of marriage together. Smitty obtained his Associate’s Degree in Electricity from St. Philip’s College in San Antonio. Smitty and the family moved to the Fort Leonard Wood, Missouri area in 1988 and he worked as an LPN in the emergency room at General Leonard Wood Army Community Hospital. He retired after 20 years of civil service. In his spare time, Smitty loved to go deer hunting. If you asked him, he would say those were the best days of his life and he lived for the season to open every year. Smitty also enjoyed playing with and spending time with his two dogs, Buck and Lucy. Most importantly, he loved his family and loved spending time with them as much as possible. Smitty and Mary became members of the Faith Evangelical Lutheran Church of St. Robert, Missouri. Smitty will be sadly missed, but fondly remembered by all those that knew and loved him. He leaves to cherish his memory, his wife: Mary J. Smith of Richland, MO; three children: Andrew Smith of Opp, AL, Richard Smith (Carolyn) of Slocomb, AL and Susan Greiner (Michael) of Huntsville, AL; his sister: Denise Bolin; nine grandchildren; several great grandchildren; several nieces, nephews, other relatives and friends. In addition to his parents, Smitty was preceded in death by one son: David Smith; first wife: Melba Smith; and four siblings: Gerald, Bill, Grover and Douglas Smith. Funeral services were held at 11:00 a.m. Thursday, September 10, 2020 in the Faith Evangelical Lutheran Church of St. Robert with Pastor John Perling officiating. The song “Amazing Grace” was sung and serving as escorts were family and friends. Burial with military honors followed in the Missouri Veterans Cemetery of Waynesville. Military honors were provided by the Missouri Honors Team. Services were under the direction of Memorial Chapels and Crematory of Waynesville / St. Robert. In lieu of flowers, the family requests memorial contributions in memory of Smitty Smith to the Faith Evangelical Lutheran Church and may be left at Memorial Chapels and Crematory of Waynesville / St. Robert.

The family of SGM (Ret) Treadwell "Smitty" Eudon Smith created this Life Tributes page to make it easy to share your memories.