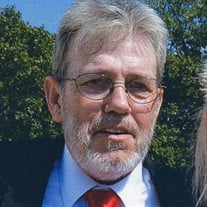 William “Bill” Denver Payne, Jr. was proudly welcomed into this world on January 13, 1959 in St. Louis, Missouri by his loving father William “ Denver” Payne, Sr. Bill departed this life in his home near Richland, lovingly surrounded by his family on the evening of April 14, 2015. As a young child, Bill’s parents moved their little family to Advance, Missouri, where Bill grew up and received his education. Bill soon moved to St. Louis, Missouri where he met and fell in love with Toni Jo Kemper and after a brief courtship, the two knew they were meant to be together and were married on October 27, 1980 in St. Louis, Missouri. They also lived in California, Illinois and Indiana before settling in Missouri, making their home near Richland. Bill and Toni were blessed with twin babies, Connie Jo and Donny Joe. Bill somehow knew Toni was having twins even before Toni or the doctor knew, and anxiously awaited their arrival. Soon loads of joy and laughter filled their little home. Bill was known to be a workaholic. He owned and operated Payne’s Tire near Richland. He loved his work and made many friends over the years. Bill had a passion to help others. When Bill wasn’t working he greatly enjoyed going fishing and playing pool. However his greatest joy came from spending time with those he loved. Family and friendships were his treasures in life. Bill was preceded in death by his father, Wm. “Denver” Payne, Sr.in 2015, and his son, Jeffery Scott Payne in 1976. Bill leaves to carry on his legacy his loving wife, Toni Jo Payne of the home, two biological twin children, Connie Jo Payne-Warman (Nathan) of Richland, Mo., and Donny Joe Payne of Battlefield, Mo; generic kids, Randy Gene Phillips, Sr. (Patty) of Richland, Mo., Tammy Phillips of St. Louis, Mo., and Madison Phillips of the home; 5 grandchildren, William Hayden Payne, Cohen Denver Payne, Cloey Paige Warman, Caylie Jo Warman and Nathan James Warman, Jr., 2 generic grandchildren, Kayla Nicole-Jean Phillips and Randy Gene Phillips, Jr., a special cousin, Charlie Payne (Keri), his paternal mother-in-law, Marie Payne of Advance, Mo; several other relatives and many friends. Services were held at 2:00 p.m., Saturday, April 18, 2015 in the Memorial Chapel of Richland with Bro. Wade Bower officiating. Recorded music selections included “I Will Always Love You” and “Go Rest High on That Mountain.” Serving as escorts were Donny Payne, Charlie Payne, Nathan Payne, Mike Arbogast, Randy Gene Phillips, Sr. and Randy Gene Phillips, Jr. Burial followed in the Hazelgreen Cemetery near Richland, Missouri. Services were under the direction of Memorial Chapel of Richland. Memorial contributions may be made in memory of Bill Payne and may be left at the funeral home. Online condolences can be sent at www.memorialchapelsandcrematory.com.

The family of William "Bill" Denver Payne Jr. created this Life Tributes page to make it easy to share your memories.

William “Bill” Denver Payne, Jr. was proudly welcomed into this...