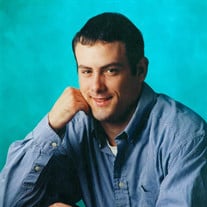 William B. “Willie” Brownfield, Jr., son of William B. Brownfield, Sr. and Diana Lynn (Shy) Brownfield, was born November 2, 1980 in Rolla, Missouri. He lived in Pulaski County on the Gasconade River all of his life and graduated from Waynesville High School in 1999. While in high school, Willie was very active. He played football and was a member of the wrestling team. He was also a member of the track and field team, as a pole vaulter. After graduating from high school, Willie began working in construction. He helped build the JQ Hammons Arena in Springfield, winning an ABC Construction award. He also worked on Fort Leonard Wood and was instrumental in helping build the Star Ships new basic training facility. In his spare time, Willie was always with his family, friends, and outdoors. He was very proud of the small family that he had established with his long time love and he very much-enjoyed bow hunting with his friend Nathan. However, his two greatest joys in life were fishing and his children. It was not unusual to find his family and him either fishing, camping or just going to the river. Willie was very proud of his daughters and enjoyed being a kid himself as the family often went on adventures together. Willie passed away Thursday, October 16, 2014 in his home having attained the age of 33 years, 11 months and 14 days. Willie leaves to cherish his memory his parents: William B. Brownfield, Sr. and Diana Lynn Brownfield of Waynesville, MO; three daughters: Rebecca and Abbegale and Alexis along with their mother Jamie Starr; maternal grandmother: Edna Shy of Dixon, MO; one sister: Angela Brownfield and Nick Nickels of Waynesville, MO; two nieces: Mariah and Isabella Nickels; one uncle: Randy Shy of Dixon, MO; two special friends: Nathan Trigg and Jeff Elliott, both of Waynesville, MO; several other relatives and friends. Willie was preceded in death by his paternal grandparents: Bertha Marie Roam and Billy Brownfield; maternal grandfather: William Shy; and one uncle: Larry Shy. Even though he is gone from our sight, he will forever live on in our hearts. Services were held at 11:00 a.m. Monday, October 20, 2014 in the Memorial Chapels and Crematory of Waynesville / St. Robert with Rev. Christopher Hendrix officiating. The songs “Keep Holding On”, “When You’re Gone”, “When I Look At You” were played and “Amazing Grace” was sung. Memorial contributions may be made in memory of Willie Brownfield and may be left at the funeral home.

William B. &#8220;Willie&#8221; Brownfield, Jr., son of William B. Brownfield, Sr. and Diana Lynn (Shy) Brownfield, was born November 2, 1980 in Rolla, Missouri. He lived in Pulaski County on the Gasconade River all of his life and graduated... View Obituary & Service Information

The family of William B. "Willie" Brownfield Jr. created this Life Tributes page to make it easy to share your memories.