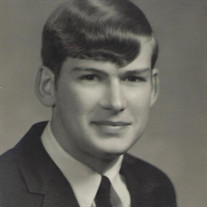 William Jerry Shelden, son of the late Finis Ross Shelden and Ruby Marie (Dunn) Shelden, was born January 27, 1951 in Waynesville, Missouri. As a young boy, Jerry grew up in Waynesville and graduated from Waynesville High School with the Class of 1969. On September 6, 1969, Jerry was united in marriage to Kathleen “Kathii” Jean Ross in Devil’s Elbow, Missouri. They shared over 51 years of marriage together and were blessed with three children: Laura, Chastity and Jeremy. Shortly after they were married, Jerry and Kathii moved to Pacific, Missouri where they lived for 45 years before moving to Jerome, Missouri in 2015. While living in Pacific, Jerry worked for the Mississippi Valley Steel Company for 30+ years and then worked for Hammerts Iron Works for 20+ years before he retired. In his spare time, Jerry enjoyed being outdoors while hunting and fishing. He was also an avid St. Louis Cardinal baseball fan and while living close to St. Louis, he tried to attend as many games as he could. Jerry’s family was very important to him, especially his grandchildren. He enjoyed spending time with them and was always stressing to them how important it was to get a good education. He wanted the best for them and wanted to see them succeed. Jerry passed away Thursday, October 29, 2020, in St. Luke’s Hospital at Chesterfield, Missouri having attained the age of 69 years. He will be sadly missed, but fondly remembered by all those that knew and loved him. He leaves to cherish his memory, his wife: Kathii; three children: Laura Shelden of Newburg, MO, Chastity Shelden-West (Chuck) of Jerome, MO, and Jeremy Shelden (Sarah) of Union, MO; seven grandchildren: Patience Wheeler (Brendan), Karissa Shelden, Lydia Shelden, Bela Shelden, Trace Shelden, Angela West (Kathy), and Chuck West (Danielle); five great-grandchildren: Brayton Wheeler “Little Buddy”, Brenleigh Wheeler “Little Doll”, Rylan West, Lucas West and Oliver West; his siblings: Finis “Junior” Shelden (Sharon), Phyllis “Sis” Benham (Lynn), Edwin Shelden (Irene), Mike Shelden (Sherri), Roy Shelden (Sharon), Andy Shelden, Sharon Kay Harrop, Mark Shelden (Melissa), Barb Shelden, Nadina Walters (Frank) and Freddie Shelden; a number of nieces and nephews; as well as a host of other relatives and friends. In addition to his parents, Jerry was preceded in death by one nephew: Tracy Shelden. Funeral services were held at 2:00 p.m. Wednesday, November 4, 2020 in the Memorial Chapels and Crematory of Waynesville / St. Robert with Pastor Lindell Shelden officiating. The songs “Go Rest High on that Mountain” was played and “In the Garden” and “When the Roll Is Called Up Yonder” was sung by Becky Lercher. Serving as escorts were Junior Shelden, Edwin Shelden, Mike Shelden, Roy Shelden, Andy Shelden, Mark Shelden, Jeremy Shelden, and Trace Shelden. Serving as honorary escorts were Freddie Shelden and Tracy Lynn Shelden. Burial followed in the Hooker Cemetery of Devil’s Elbow, Missouri. Memorial Contributions in memory of Jerry Shelden can be made to the Education Fund for his grandchildren, and may be left at the funeral home.

William Jerry Shelden, son of the late Finis Ross Shelden and Ruby Marie (Dunn) Shelden, was born January 27, 1951 in Waynesville, Missouri. As a young boy, Jerry grew up in Waynesville and graduated from Waynesville High School with the Class... View Obituary & Service Information

The family of William Jerry Shelden created this Life Tributes page to make it easy to share your memories.